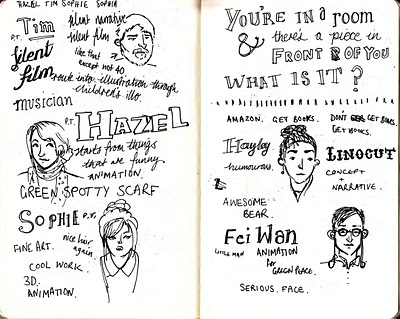 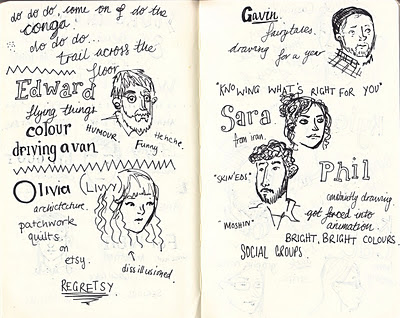 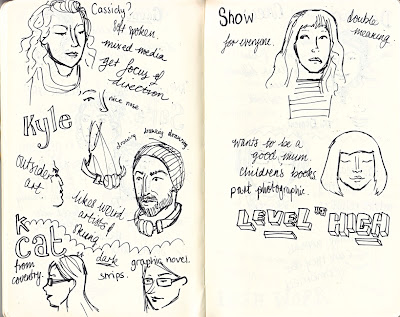 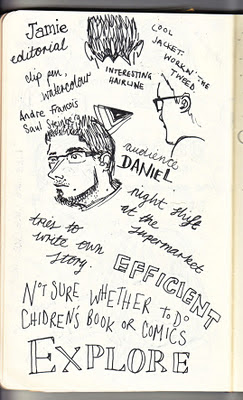 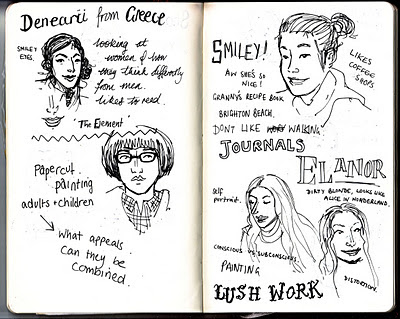 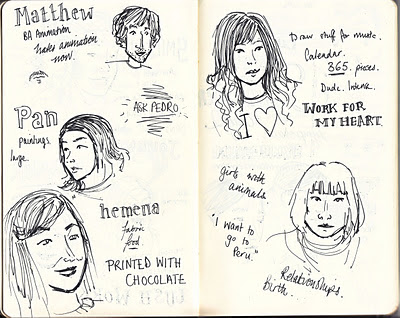 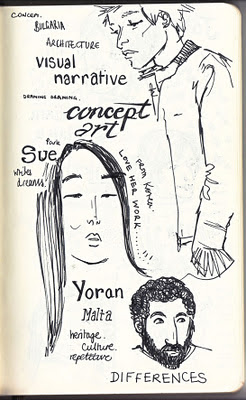 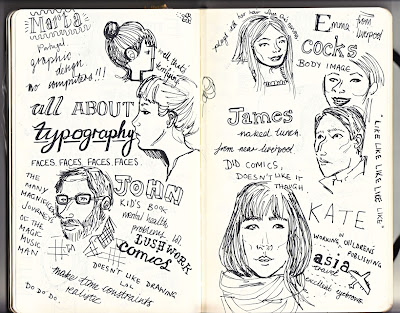 Hellooo!
So I've started back at uni now for my final year (eeeky squeal!) and it's brilliant to be back. Everyone that's joined the course this year a really high standard as I learnt when we sat in the studio for two days and went through everyone's work. There are about 50 new people so it was pretty intense, but good. To help me get better at drawing people quickly (and to give me a sporting chance with everyone's name. I am pants with names.) I drew everyone as they showed their work.
This resulted in what I would term my scrappy MUST DRAW QUICKLY way of working, and also gives you a bit of an insight to my inner monologue (and which parts I pick up on when people talk), for which I apologise profusely.
I'm currently trying to knuckle down and get on with my research paper, so posts may be slightly less frequent in the next few weeks until I've finished that but enjoy!
See you soon!
H
Posted by Hannah Radenkova at 09:53 2 comments:

So yeah. I made this.

In the slightly odd place now where I want to show you guys this, because it's something I made and enjoyed making but I'm also slightly embarrassed about it coz the whole idea was a bit... nice. And for some reason I, in all my Britishness, go all pink when people catch me being sweet and mushy.
But anyway.
I made this book for my friend Shannon (who has appeared several times throughout this blog and is, as i have mentioned, the awesome artist of shannondtaylor.com) because she went back to America this autumn (...fall... whatever.) to get married. And as San Francisco is quite far from London, and she's left a lot of friends behind, I thought it'd be nice if she could have a book of all their wishes for her on her wedding day. (Although apparently her mum gave it to her the day before so she wouldn't cry all over her dress.)
Thanks to all who were in on the secret and wrote in the book and special props to Mamma Ingraham for being super-sneaky-awesome about the whole thing.
Enjoy... and I promise to upload something grittier next time lol.
See you soon
H 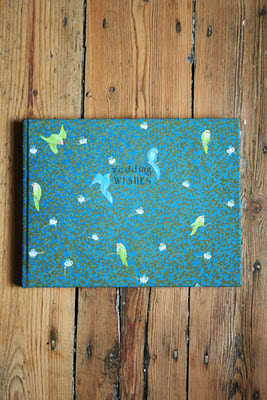 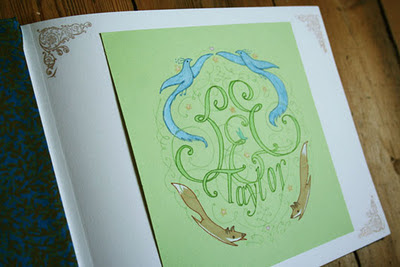 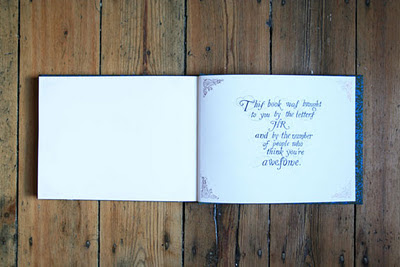 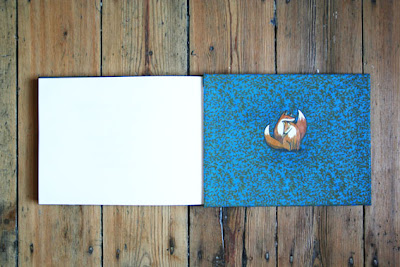 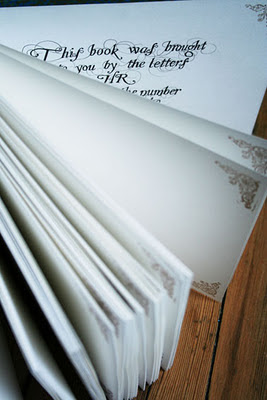 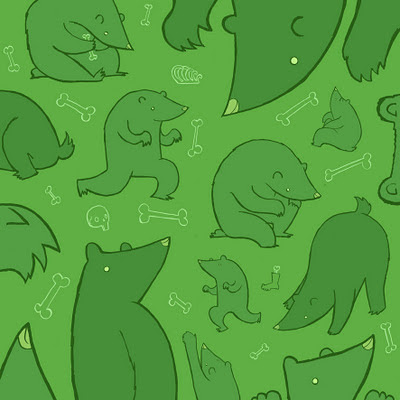 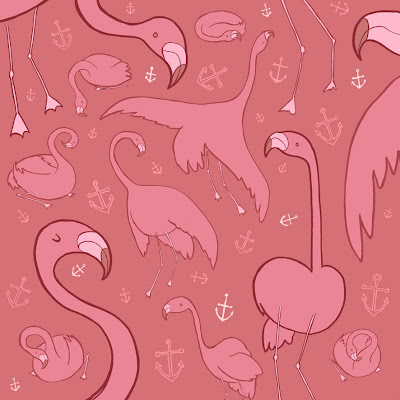 Hello there!
Just a little look at some sample pieces I did for a client's possible collaboration with Converse. They're not going to use them now, but I liked them so much I thought I'd pop them up here!
Crazy busy at the mo, just enrolled for my final year of MA so time to get stuck in! Nerve-racking, but good.
See you soon!
H
Posted by Hannah Radenkova at 14:49 2 comments: