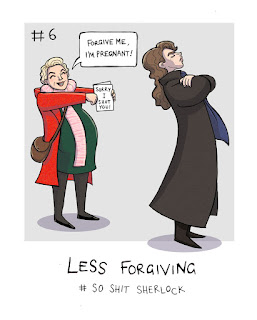 Hello all! I hope you had a lovely Christmas and a New Year's Eve that didn't leave you feeling like death.
To celebrate the new year, here's a look into what I've been up to since I last posted... making another ukulele! This one was for my friend Charlie for Christmas - she has an interest in astrophysics, so the only logical choice for her ukulele was rockets and robots. Obviously.
I've got to say, as fun as this was, never again unless it's for heaps of money. The painting is fun but making a musical instrument takes sooooo looooooong!

The little red guy on the base of the ukulele is my favourite. 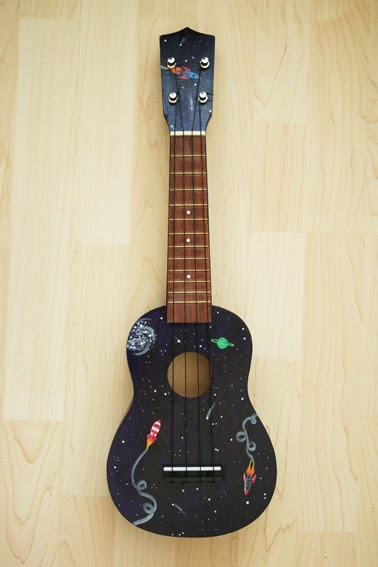 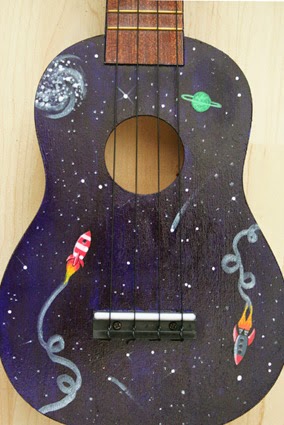 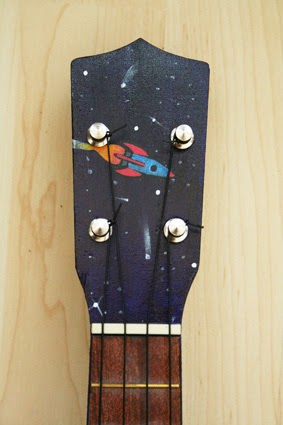 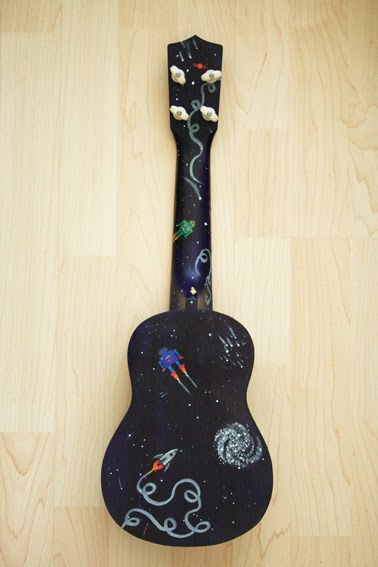 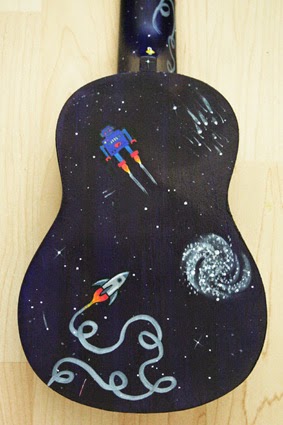 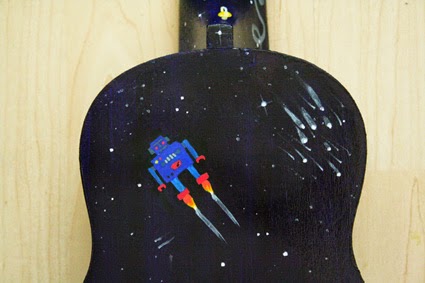 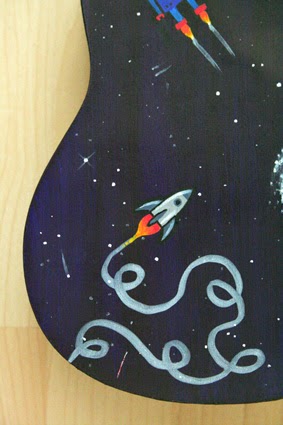 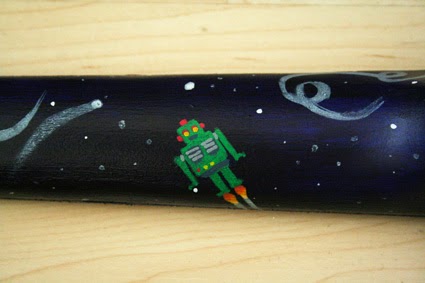 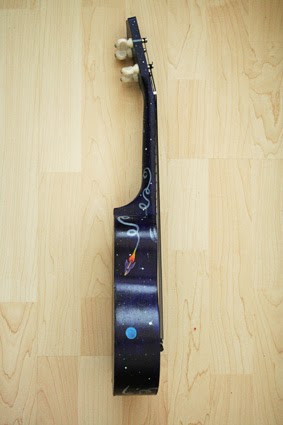 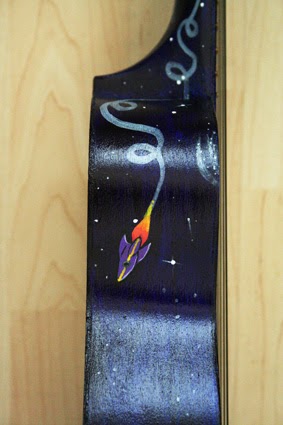 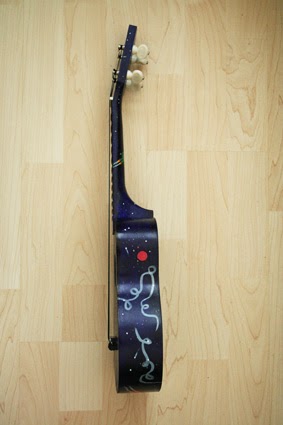 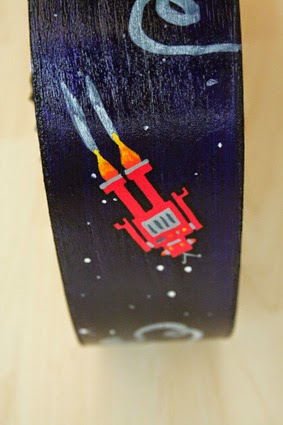